good to see you here!

Tony’s Chocolonely is growing fast in the US which means that we are periodically looking for new Tony’s to join our team.

If there isn’t a vacancy that suits your experience and ambition, but you are sure that you’re the right fit for Tony’s, you can submit an open application here! Please mention what role you are looking for and what you have to offer Team Tony’s. And keep in mind you need to be eligible to work in the US. We’ll get back to you if there's a fit!

Don’t forget to check our job page regularly so you don’t miss anything new..

a peek into Tony’s HQ in Amsterdam

We are crazy about chocolate & serious about people. Our own people ahead. Because only with the most driven people we can reach our goals and make 100% slave-free the norm in chocolate. That is why we put our team first. We want to be the best employer an employee can wish for. We invest in personal development, reward initiative and create a very pleasant work environment. Equality, solidarity, lots of fun and performance are central to this. At the moment we are 77 Tony’s strong, of whom 70 work at Tony’s HQ in Amsterdam (the Netherlands) and 7 at Tony’s Office in Portland Oregon (in the US). There are also 15 superstars that work in Tony’s Super Store in the heart of Amsterdam. And at the moment we’re building a team from scratch in London to start to move it ‘n grove it in the UK!

Tony’s Chocolonely wants to make all chocolate 100% free of modern slavery and illegal child labor. Not just our chocolate, but all chocolate worldwide. Not exactly the average company, right? We're a chocolate company whose primary goal is to resolve a social issue in the world.

In 2005, Tony’s Chocolonely was founded by journalists of the Dutch TV-program “Food Unwrapped” when they discovered that the large chocolate manufacturers used cocoa from farms with child slaves at work. Since then, we have grown to be the number 1 chocolate brand in the Netherlands. Tony’s Chocolonely wants to make people aware of the inequality in the chocolate industry, set the example that chocolate can be made differently and inspire the chocolate industry to make 100% slave free cocoa the norm in chocolate.

Our values are our compass and guide us when making choices, they are: 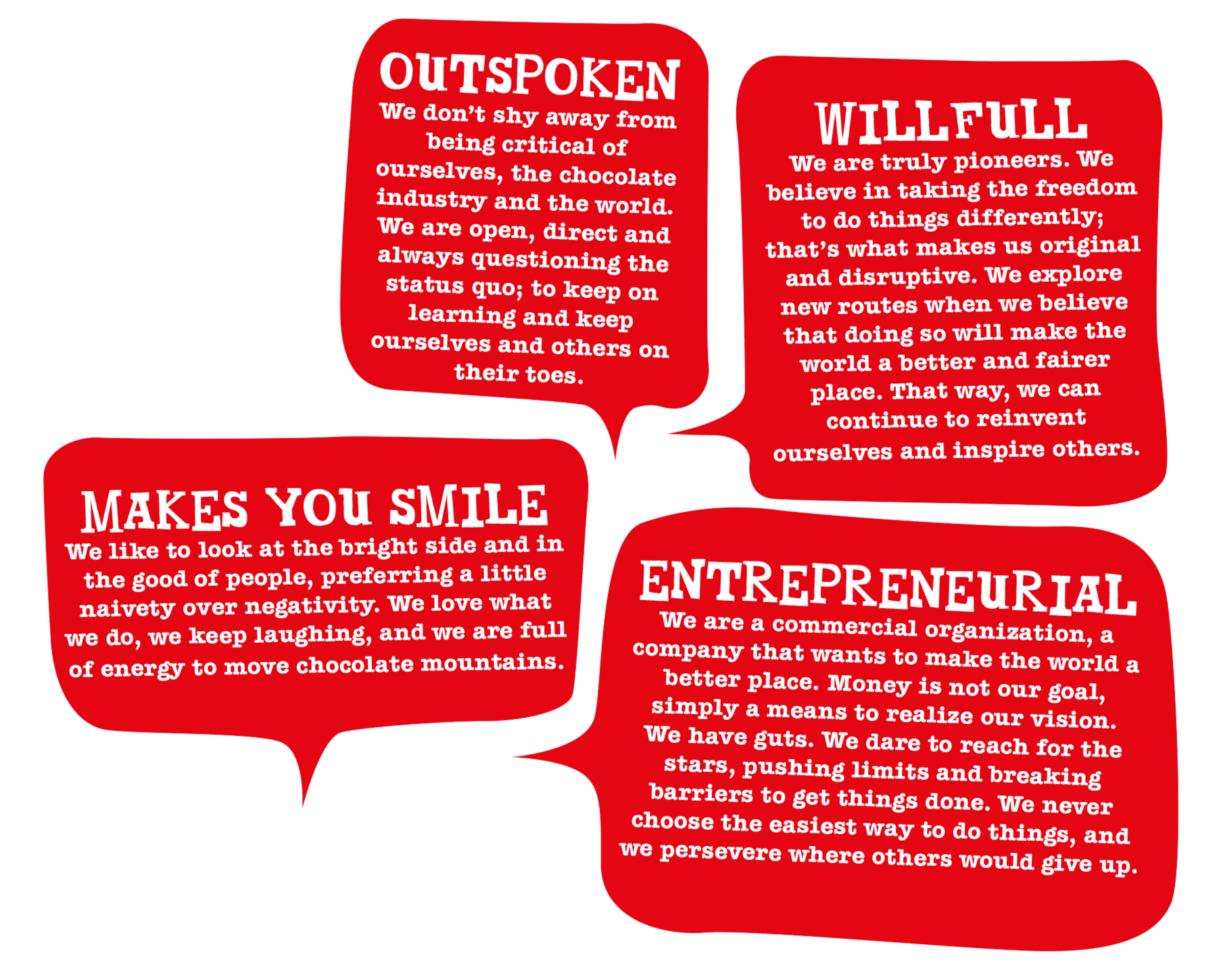